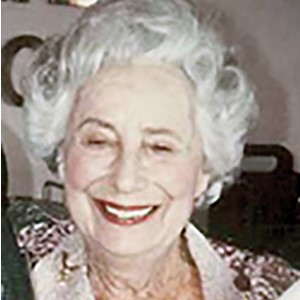 Moya Olsen Lear was born to Lillian and John Olsen of the famous Olsen and Johnson vaudeville team. After attending Ohio State University and Pace Institute of New York City, she worked as her father's assistant and secretary when Olsen and Johnson's Helzapoppin' was the longest running hit in Broadway history. Into that backstage hubbub came William Powell Lear, avionics genius and entrepreneur, who wooed her and, in 1942, wedded her. They raised four children while sharing in the staggering success of the Lear autopilot, the Learstar, and Learjet. As her husband's partner and confidante, she took over his last great project, the Lear Fan, upon his death in 1978. Serving as chairman of the board of Lear Avia, Inc., she brought the airplane to its successful first flight. The project ultimately failed to obtain FAA certification because of a gearing problem, and never went into production. Entertaining, informal, and witty, Moya was a popular speaker, who was awarded six honorary doctorates, as well as an impressive list of other honors. She died in December 2001.