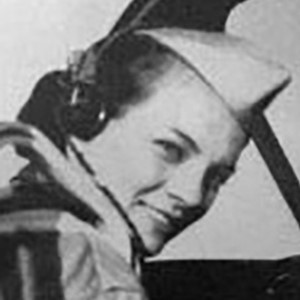 Margaret Ringenberg got her first taste of flying at age 7 during a flight with a barnstormer. She earned her pilot's certificate in 1940, and served the US Army during World War II in the Women Airforce Service Pilots (WASP) program until they were disbanded in December 1944. She flew the PT-19, BT-13, AT-6, and UC-78, got her instrument rating in a DC-3, and co-piloted the B-24 and C-54. After the war she became a flight instructor and avid air racer. She completed the "Round-the-World" Air Race in 1994 at age 72. In June 2007, at age 86, she flew her 50th air derby. Margaret has inspired many young girls to follow their dreams by sharing her love of aviation during motivational speeches and through her autobiography, Girls Can't Be Pilots. Tom Brokaw devoted an entire chapter in his book, The Greatest Generation , to her. She died in 2008.