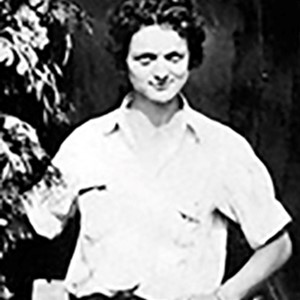 Louise McPhetridge Thaden was born in Arkansas in 1905. Her father helped her develop mechanical interests by teaching her how to repair the family automobile. She took her first flight in 1919, a $5 ride with a barnstormer. While working at a job selling coal in Wichita, Kansas, Louise met Walter Beech, the president of the Travel Air Manufacturing Company. She quickly impressed Beech with her resolve to pursue a career in aviation and, in March 1927, he arranged for her to work at Travel Air's Pacific dealership. As office manager, she was given the opportunity to learn to fly as part of her salary. She soloed in early 1928 and received her pilot certificate, signed by Orville Wright. She married Herbert von Thaden in July 1928. In December 1928, she brought the world's altitude record for women to the U.S. for the first time, reaching an altitude of more than 20,000 feet. In 1929, she set a solo flight endurance record for women of over 22 hours and a women's speed record of 156 miles per hour in a Wright J-5 powered Travel Air. Louise was the first and only woman to ever hold all three records simultaneously. Later that month, she earned her transport pilot's license, the fourth woman in the U.S. to do so. She won the first Women's Air Derby as part of the 1929 National Air Races from Santa Monica, California, to Cleveland, Ohio. Later that year, she became a founding member of the International Organization of Women Pilots, the Ninety-Nines. Louise became known as the "girl who beat the guys" by winning the Bendix Transcontinental Air Race in 1936, establishing a new transcontinental speed record for women in the process. As a result, the Federation Aeronautique Internationale awarded her the Harmon Trophy as "the outstanding woman pilot in the United States for 1936." Although she retired from aviation after the 1937 St. Louis Air Races, Louise stayed active in aviation for the rest of her life.