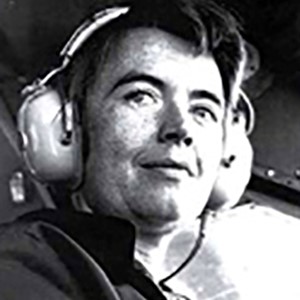 Lorna De Blicquy wrote a guest editorial in 1974 in Canadian Flight protesting the discrimination against women pilots by Crown Corporation Air Transit. The article attracted national comment in the media and contributed to the improved climate which now ensures women a place in the cockpits of Canada's major airlines. When Canada endorsed ICAO's position that pregnancy is a disease, and thus automatically downgraded a pilot's medical category, Lorna served on a Canadian committee on pregnancy related to pilots' medical standards. As a result, some leniency on the loss of a Category I medical classification during pregnancy has been granted to working women pilots. She has a total of 10,000 flying hours, more than half of them earned through flight instructing. She earned licenses for private glider, commercial helicopter, and single, multi, land, sea, DC-3 and Canadian Airline Transport Canada as the first female Civil Aviation Flight Test Inspector. She died on March 21, 2009, in Beaverton, Ontario, at age 77.