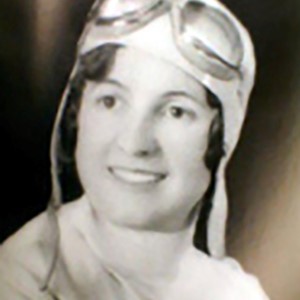 Edna Gardner Whyte was a pilot for over 60 years. She also developed and owned Aero Valley Airport near Dallas, Texas, after she was 70 years old. A native of Minnesota, Edna started flying in 1926. She soloed in 1927 and was given a student license in 1928. As a Navy nurse stationed in Washington, DC in 1933, she was a flight instructor in her free time. The Navy nurse corps also gave her the opportunity to build flying hours in aerobatic contests, air shows and cross-country racing. Upon leaving the Navy, she started her own flight school in New Orleans, and had over 10 aircraft. With the outbreak of WW II, the Navy called her to Fort Worth to train pilots for the war. After four years, she applied for her commission, and served on active duty in the Philippines, before returning home to set up another flight training school for veterans. Edna taught more than 4,500 students and many awards and honors for air racing and her contributions to the aviation industry. She died in 1992.