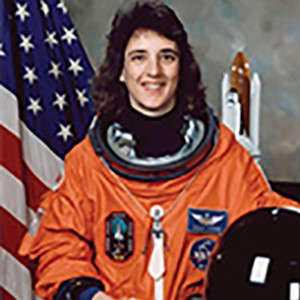 Nancy J. Currie has served as both an Army officer and federal civil servant for 30 years. She received a Bachelor of Science in biological science from The Ohio State University (OSU) in 1980. Following graduation, she worked as a neuropathology research assistant in the OSU College of Medicine studying the effects of aging on synapse structures. After completing ROTC, she was commissioned as a second lieutenant in the U.S. Army in July 1981, and attended the Air Defense Artillery Officer Basic Course and the Army Rotary Wing Qualification Course. She remained at Fort Rucker, Alabama, and completed the Rotary Wing Instructor pilot course and served as an instructor pilot (IP) and Standardization Instructor Pilot (SIP) in the UH-1H (Huey), including night vision goggle and combat skills. Nancy was appointed as the SIP for the Aviation Training Brigade from 1986 to 1987. She completed a master's degree in safety engineering from University of Southern California in 1985 and the Fixed Wing Qualification Course. Assigned to the NASA Johnson Space Center Detachment in July 1987, as a flight simulation engineer on the Gulfstream Shuttle Training Aircraft, she instructed astronauts on landing techniques for the space shuttle. Nancy was selected as an astronaut in 1990. She completed a Ph.D. in Industrial Engineering in 1997. As an astronaut, she was involved in robotic hardware and procedure development for the shuttle and space station and has worked as a spacecraft communicator. She has assisted the Johnson Space Center's Automation, Robotics, and Simulation Division in the development of advanced robotics systems and is a consultant to NASA's Space Human Factors Engineering Project. A veteran of four shuttle missions, she has accrued 1,000 hours in space. She flew as mission specialist-flight engineer on STS-57 (1993), STS-70 (1995), STS-88 (1998-the first International Space Station assembly mission), and STS-109 (2002). In September 2003, Nancy was selected to organ