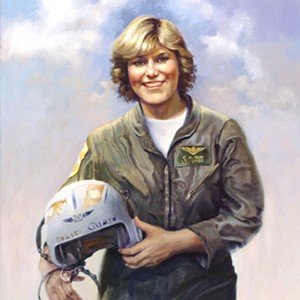 First Women of U.S. Coast Guard Aviation is a group of three officers and six enlisted women who proved women had a place in military aviation and who opened the door for future generations of women to pursue their military aviation dreams. On January 1, 1976, the Coast Guard opened all aviation ratings to women, thus making aviation service possible for these nine women and others that would follow them. They include officers Colleen Cain, Vivien Crea, and Janna Lambine and enlisted personnel Erminia Chillon, Andrea Gardner, Dior Lowen Hubel, Kelly Mogk Larson, Robyn Rogers Norvell, and Elizabeth Uhrig. First Women of U.S. Coast Guard Aviation induction video