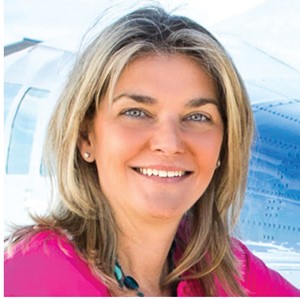 Linda A. Markham is the President and Chief Executive Officer (CEO) of Cape Air, leading over 700 employees in four regions worldwide. Cape Air, along with sister airline Nantucket Airlines, is the largest commuter airline in the United States, flying to some of the most beautiful destinations in the world. Linda joined Cape Air in 2002 as the Director of Human Resources. She was instrumental in developing a strategic plan and building a team to support the airline's rapid expansion, focusing on operational excellence, growth, and sustainability. In 2004, Linda was named Chief Administrative Officer and in 2013, Linda was promoted to President and named to the airline’s Board of Directors. In late 2021, Cape Air announced that Linda would serve as the airline’s CEO, effective January 1, 2022. Linda is the only female CEO of a major or regional airline in the United States, and is only one of two female airline presidents in the nation.

Passionate about the advancement of women in the industry, Linda currently serves as the Chairwoman for Women in Aviation International. Linda was the first woman to serve as Chair of the Board for the Regional Airline Association and currently serves on the Association's Executive Committee and Board of Directors. Linda is a past Board Chair for the Cape Cod Chamber of Commerce. In April of 2020, Linda was appointed to Governor Baker's State Reopening Advisory Board to address the COVID pandemic.

A native of Massachusetts, Linda resides on Cape Cod and loves to travel.